by Herman Manson (@marklives) Monalisa Zwambila owns and manages what is probably South Africa’s largest independent, black-woman-owned advertising agency. Over the last decade, R\VERBED (Riverbed) has emerged as a medium-sized agency with revenue well above R50m and 40 employees, placing the agency in league with similar-sized agencies, such as Grey Africa, Saatchi & Saatchi and Net#work BBDO.

Zwambila studied accounting but her passion had always been music. She was a member of jazz band Basadi and music allowed her to access her creative side. Her first business was a recording and production studio, where she was fortunate enough to record the late, great Nana Coyote and, in doing so, was exposed to the marketing side of the business. At this point, she moved into PR.

After closing the recording studio, she stayed in communications and became the managing director of BTL/PR agency, The Communications Firm. She didn’t see eye to eye with the owners and left in 2007 to launch R\VERBED, wanting to build a full-service agency driven by the insights she’d learnt in PR and activations. 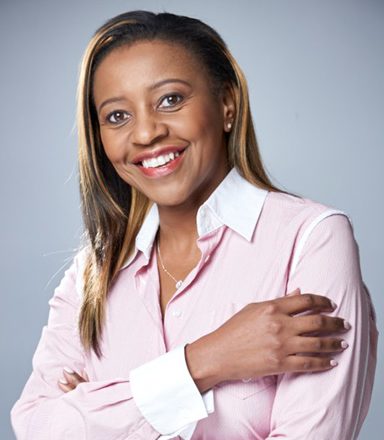 It’s held the agency in good stead, she says, as it’s meant the agency was never married to ATL advertising, and clients soon started moving budget to more-integrated campaigns.

Her first client was SuperSport; R\VERBED had pitched for a small piece of its BTL business and won. With the brand on her books, she was able to get a foot in the door and soon brought on board brands such as  Microsoft and Nedbank onto the agency client roster.

The agency was growing but not quickly enough for where Zwambila wanted to take it. Landing new business is make-or-break for any agency, and Zwambila was concerned that access remains poor, especially for newer (and therefore also for new black) agencies. Zwambila realised that she would need to look beyond organic growth to fast-track her business and then, in 2014, creative agency Chillibush Communications came onto the market.

R\VERBED promptly bought a majority stake, giving the agency the scale and the client base (such as Old Mutual’s iWYZE and Unisa) to catapult its growth trajectory. Although the Chillibush brand was the the better known of the two Zwambila decided that the R\VERBED brand would continue to drive her dream of building an authentically SA agency.

“A riverbed is a channel in which water flows — to an ocean, lake [etc], ” she explains, “and R|VERBED is the channel for brands to communicate to their markets. Furthermore, communities are built around a river, conversations are sparked, stories are told and communities grow.”

Zwambila wants R\VERBED to become a new kind of agency that truthfully reflects SA’s population demographics, including properly representing women — an agency that understands the broader SA market and tells great stories. She wants it to give back to the community in which it operates, and wants the brands the agency works on to do the same. Hence the core agency philosophy of “Doing great things for good — Greater Good”. Brands need to understand the power of doing good in their communities and how it affects the way consumers and staff engage with them. We all have a responsibility [really, the ability minus the excuses — ed] to help redress the circumstances in which the country finds itself today.

Launch of Ariel in SA

The launch of Ariel into the SA market is an example of a communication campaign that was both effective and made an impact upon the community.

R\VERBED, although the PR agency, was tasked to come up the lead creative idea and to make the brand relevant to the SA market. It decided to have the brand break a Guinness World Record as 1000 people hand-washed donated clothes simultaneously. The newly washed clothes were then donated to the Red Cross.The concept has been used as a global case study by Procter & Gamble and has been replicated in four other markets.

The creative department at R\VERBED is lead by Leon Moodley, who joined the agency in early 2015. Past experience includes stints at Y&R South Africa, DraftFCB (today FCB Africa) and JWT.

According to Zwambila, the networks have not come knocking with acquisition offers. It suits her fine; she would like to see where R\VERBED can take itself and expects that will be further growth in SA and eventual expansion into the continent north of the Limpopo River. She is taking a sustainable, long-term view on growth.

The agency is increasingly being invited to participate in pitches. Which is great, she admits, but the agency needs to do more work on becoming better known in the industry if it wants to compete effectively. Getting onto pitch lists at least offers black-owned and -managed agencies the opportunity to prove their skill and the quality of their offerings.

Zwambila believes brands need to become more engaged in transformation in the ad industry  by allowing black-owned agencies, often not yet as well known as network owned counterparts, access to work. If they do, she believes they will quickly be convinced that agencies such as her own are capable of winning and servicing significant pieces of business.