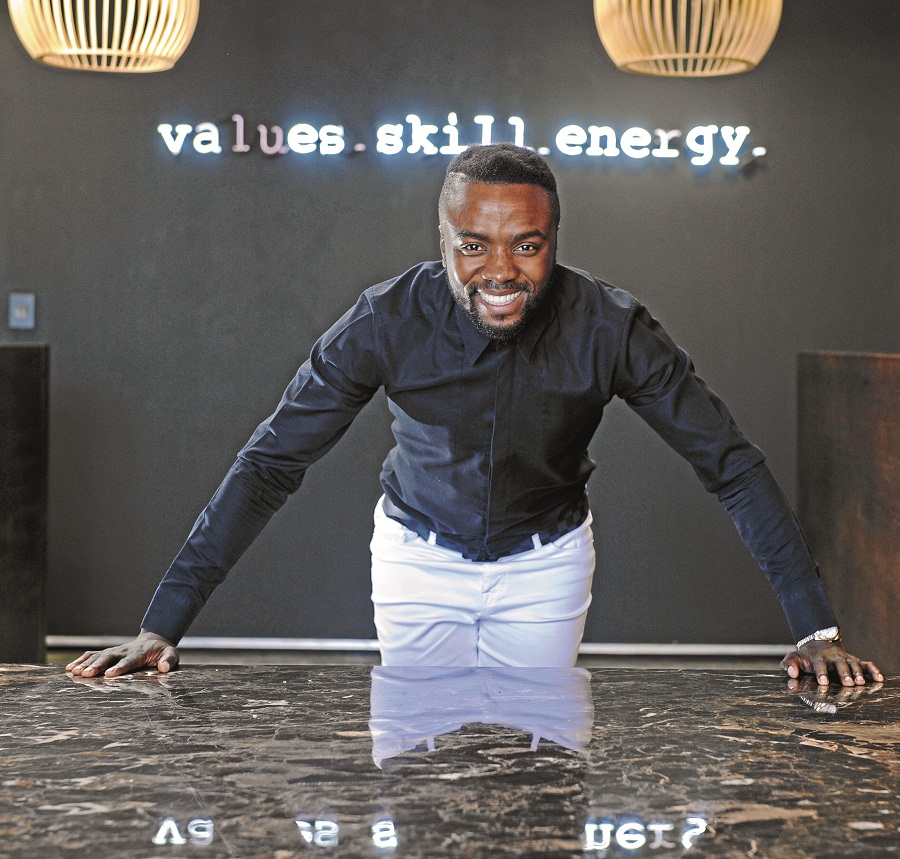 A ROLE in a back-to-school television commercial at the age of 12 sparked a lifelong love affair with brand communications for entrepreneur Sylvester Chauke.

At age 35, he now heads his own communications and brand consultancy and has worked on many of SA’s biggest brands.

Chauke is the oldest person at his agency, DNA Brand Architects, which he founded four years ago. A staff complement of 20 seeks to “solve business problems” in reaching target audiences, and he says DNA consistently punches above its weight at the boardroom tables of big business.

“DNA is a mashup of everything I’ve done in the past. It’s run by young people, coming up with solutions that are not standard or boring,” he says.

After wondering, as a teenager, whether brand creativity “could even be a job”, Chauke studied communications and marketing at what is now the University of Johannesburg. During his second year he took an internship at DraftFCB, working on the Vodacom and FNB accounts, among others.

From there, Chauke worked at Ogilvy on accounts like DStv and Coca-Cola, before moving to DDB. “That was a young agency at the time, with a staff of eight. Glen Lomas had come from the UK to grow it, and I worked closely with him and his team to build something from scratch. Many people don’t get that opportunity and it prepared me.”

From DDB Chauke joined Nando’s to head its marketing department. “That’s where it really began for me. That was an amazing opportunity. We got into trouble, we found solutions that were disruptive. It was a great place to learn.”

Chauke says working with Nando’s founder Robbie Brozin and then-CEO Kevin Utian lit a fire under him. “I was in the middle of Nando’s going global. That made a huge impact on the way I think and approach work.”

A role with MTV Networks Africa followed, but Chauke found working within a global organisation limiting. “You can only do so much in a corporate environment. I knew I could do more.”

More meant compiling a list of management hits and misses from his career and putting together the positives in the form of DNA.

DNA’s clients include Vodacom, Nando’s, Pernod Ricard and SABMiller. It looks for ways to speak to the youth authentically. “It’s uncharted territory most of the time, across multiple disciplines.”

His efforts have been recognised. The latest award was Top Empowered Young Achiever of 2016 at the SA Oliver Empowerment Awards. According to Chauke, statistics about youth unemployment don’t reflect what is happening when young agencies like his work with small suppliers — perhaps 150 at a time on any one DNA project.

“We’re a small business but our work is far-reaching. Young people can make a huge impact for big business. That’s why I’m proud of it.”

This article was originally published by businesslive.co.za