Is it wise for brands to insult black township consumers who are worth R100bn?

The township economy is worth R100bn, while the stokvel industry is estimated to be worth around R70bn. This is according to the Gauteng MEC for economic development, agriculture and rural development, Lebogang Maile.
In an interview published by the Mail & Guardian last Thursday, Maile said this month will see the launch of the country’s first Township Stock Exchange.

Can big business, all retailers and brands, afford to lose a share of this lucrative R100bn market by alienating and offending township consumers

Last week’s episode of eNCA’s Checkpoint, an in-depth TV news report which can be viewed on the video below, featured one of the biggest shopping mall developers in South Africa, a company which also manages and operates malls in both the suburbia and the townships, engaging in an act which seem to discriminate, patronise and insult township consumers. What is most disturbing is that township consumers who are patrons of township shopping malls are charged a fee to pee – toilet tax – for using public toilet facilities in the township shopping malls. The same company does not charge suburban consumers who are patrons of suburbia shopping malls fees for the usage of public toilet facilities.

The Checkpoint TV programme begins with an opening remark which says, “Paying depends on where you pee, it seems!”

How can this be? Why do malls in predominantly black areas charge consumers a fee to pee?The argument is that township consumers vandalise restroom facilities and those in the suburbs do not.

I beg to differ and refute this flawed argument strongly. Vandalism is a form of human behaviour which knows no colour, suburb or township. The deliberate acts of damaging public toilets and other public properties happen everywhere, without borders and boundaries, by all races. As a retail marketer I’m a frequent patron of all South African shopping malls, in all provinces, townships and suburbia, and what I have observed is that suburban shopping malls such as Sandton Square, Cavendish Square, Century City, Edendale Mall, Menlyn Park Shopping Centre, et cetera, have watchful restroom service guards.

Furthermore, there are visible security guards strolling up and down the malls and near the toilets to ward off any mischievous behaviour such as vandalism, armed robbery, etc.

On the contrary, most township shopping malls do not have vigilant restroom service guards. These watchful eyes are not around to intimidate various acts of vandalism in township toilet facilities, before they even begin. Security guards are very few and far in between. They are definitely not as pervasive as in the suburbia malls. Dangers of armed robbery remain the same in all the shopping malls, if not even more in the township malls.

Conclusively, acts of vandalism are not a valid reason for charging township consumers money for using shopping mall toilet facilities. The absurd lengths of this situation is made even worse by the reality that in the suburbia, consumers do not lose a single cent for using bathroom facilities in their shopping malls. Shoppers interviewed on unedited version of Checkpoint said they felt, “Violated. Insulted. Their privacy infringed upon. Their human dignity trampled upon.”

My objective with this article, as a marketer who supports big business, retailers and brands up not down, is to caution brands about the dangers of committing the deadly sins of township marketing. Insulting and patronising township markets will only make brands personae non gratae in the townships.

Retailers and brands cannot afford to alienate themselves from trading in the lucrative markets of the townships.

When segmenting, differentiating and penetrating the township markets in an effort to gain traction and retention brands must take the necessary measures not to transgress the following immutable principles of township marketing, advertising and branding: 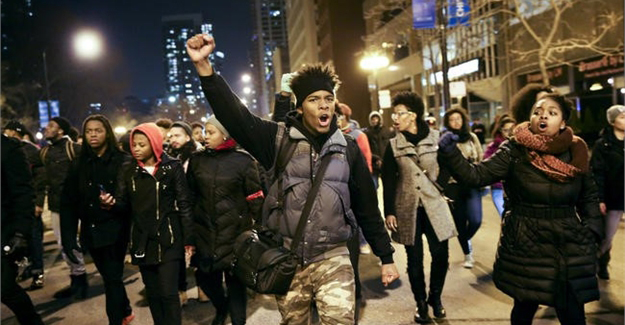 1. Retailers and brands must avoid being impudent and insulting. They must guard against offending township consumers by understanding what it is that offends and what the insults are.

Last November, the Sunday Times had a special feature titled ‘From ad to worse: the retail duds that make SA cringe’. The article uses empirical evidence to chronicle advertising campaigns that backfired for using ethnic profiling, being sexually explicit, offensive and downright racist in the eyes of South Africans. One example of the companies that came under fire was Woolworths. The article states that one of the retailer’s store displays appeared to portray a slavery scene in which black mannequins were tied together with ropes. The retailer apologised for “the distress caused by an incorrectly assembled in-store installation,” and removed it. Some of the companies which are featured by the article include Swedish fashion brand H&M, Cell C, Santam Insurance, McDonald’s, etc. 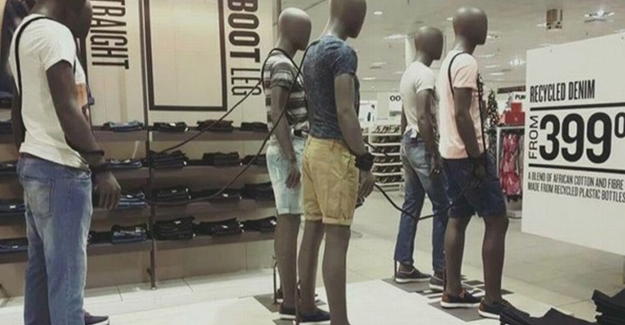 Here are some of the insults and offensive deeds that will definitely enrage township consumers:

2. Before goods and services are sold in the townships, they are first planned and discussed in the workplace. Does your marketing, advertising and creative team have enough black township employees who live and breathe the township culture?

3. Speak the languages spoken in the townships

An interesting article titled ‘SA consumers and their dark linguistic secrets’ starts with a very thought-provoking question: African-language adverts are warm and persuasive – so why are they so scarce? So asks the author, Dr Tessa Dowling, a senior lecturer in African languages in the school of languages and literatures at the University of Cape Town.

Dr Dowling researched the history of Xhosa advertising in the print media, and noted that in the 1800s, newspaper advertisements did not specifically associate Xhosa with poverty, illiteracy or a lack of education. At that time, Xhosa – like English – was used by people from all sorts of economic and class backgrounds. The language carried commercial weight, and had currency when it came to marketing.

This currency steadily declined so that even the Xhosa version of Bona magazine now only has 17% of its advertisements in the vernacular. Adverts marketing home furnishings, beauty and baby products and educational institutions all use English exclusively. On the other hand, building supplies and household cleaning materials are promoted entirely in African languages, added Dr Dowling.

Why? The vernacular is used when marketers and advertisers want to sell cheap building materials so that they can attract all those people who need to put up a shack quick, quick — and they also want the domestic worker to write Handy Andy on the shopping list, not just any old household cleaner.

Dr Dowling says that English is so much easier, even if it is dreary and outdated in this multilingual, multi-mad country of ours. “If you want a break from the boredom of English advertising, tune into an African language radio station such as Umhlobo weNene (Xhosa), Ukhozi (Zulu) or Lesedi FM (Sotho)”, she advises.

“The voice artists are superb (and you might even catch an inspired rugby commentary — the best in the world is in Xhosa)”. There are a number of lotions and potions Dr Dowling bought because the tone and warmth of the speech was utterly entrancing. She never used to think of Wimpy as a place for smart celebrations, but she found that the Xhosa advertisement for this fast-food outlet’s steaks was so terrific that she planned to hold her birthday bash there. But Dowling is still loyal to Nando’s, because of its fabulous Xhosa pun: “Hlonipha ulwimi lwakho” (Respect your tongue).

Dowling cautions that we must not buy into the idea that English is best to sell in. “It isn’t. And, by the way, has anybody ever seduced you in Sotho? It’s much sexier than French,” she concluded. I unquestionably support her statement on this. I fully agree with her without reservations. If you have any doubts, watch this Lesedi FM advert as empirical proof of Sotho’s seductive powers and romantic nature:

Advertisers and marketers who covet township consumers with the hope of establishing long-term relationships with their brands can only generate critical township mass in their categories and build a high level of loyalty amongst township consumers at the same time by truly loving township communities unconditionally, without prejudices, unfair treatments, offensive ads and insulting marketing.

Enhance your brand’s ability to grow in the townships by respecting the unique differentiating township demographic, shopping, buying, viewing, digital, and mobile trends. Making concerted efforts to meaningfully and deeply understand the various generations and gender dynamics that exist within the township population is essential for marketers, retailers and brands who want to maximize township business opportunities.

If brands and retailers thoroughly understand who township communities are, they can make products that truly meet their needs and will be able to build a lasting impact in the township lives.