by Herman Manson (@marklives) Today, we reveal which agency creative leaders were most admired by their peers in Jozi during 2017! This is part of this week’s announcement of the 2017 MarkLives Agency Leaders’ Most Admired Poll results for Johannesburg. Next week will be the national results; last week we revealed the Cape Town results.

Every year since 2012, MarkLives has been polling South Africa’s top agency leaders to find out what they think of their competitors, whom they see as effective managers and great creative leaders, and where they believe their future competition is likely to come from. We ask them who’s got digital integration right and — for the first time — who’s done best on transformation.

The most-admired creative leader in Jozi 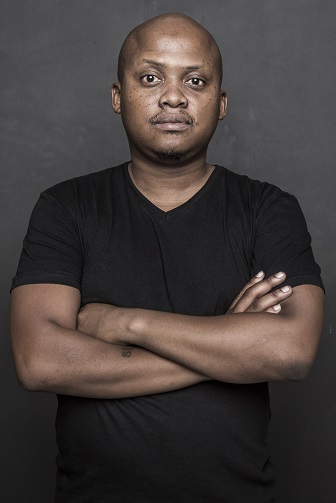 Sibusiso Sitole is the co-founder of The Odd Number, one of a new wave of black-owned and -managed agencies transforming South Africa’s advertising agency landscape. He attended the Red & Yellow School of Advertising in Cape Town and worked at various agencies, including Draftfcb (now FCB Africa), Grey South Africa and TBWA\Hunt\Lascaris, before becoming creative group head at Joe Public and then creative director at Ogilvy & Mather Johannesburg. Sithole and lifelong friend, Xola Nouse, launched The Odd Number in April 2015.

For the second year running, The Odd Number won the Pendoring Umpetha Award in 2017 and emerged at the top of 2017’s Pendoring ranking, beating established players like Joe Public and Ogilvy Mather Johannesburg. In 2017, it ranked 18th in the overall ranking by agency at The Loerie Awards, taking 12th place in South Africa. In the small agency ranking it came third, following after Grid Worldwide and FoxP2 Cape Town. Its work for Brand South Africa and BBC Lifestyle has been especially well-received, with #InspiredbymyConstitution for Brand SA being Ad of the Year 2017 here on MarkLives.

Joe Public United’s Pepe Marais took top honours for four years in a row, from 2013 until 2016. In 2012, our inaugural poll, it was Pete Case (founder of Gloo, today chief creative officer at Ogilvy & Mather South Africa).

How the poll works

Towards the end of 2017, we invited agency executives to nominate their most-admired agency, creative leader and most-admired agency both in their region (Johannesburg or Cape Town) and nationally. We also asked them which agency did the best at digital integration and at transformation (a new question), and which agency they saw as the one to watch in the future. Execs couldn’t nominate their own agencies or staff members. All the nominations were then tallied up for the final result. The editors of MarkLives had two votes in the final poll.

Note: Runner-up(s) will only be named if they achieved a good nomination tally relative to the winner’s position. Contenders are named if they stand out significantly above other nominees but weren’t able to close in on the winner’s tally. The most-admired agency of the year is disqualified from the One to Watch category; votes cast in its favour in this category are discarded.