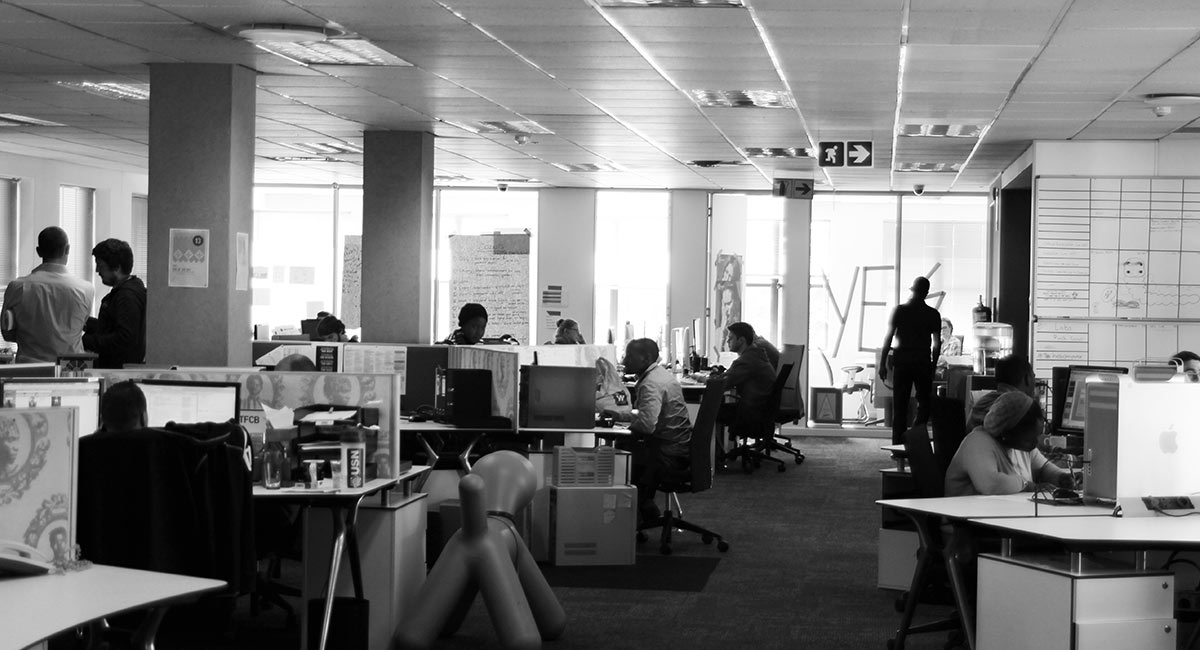 Posted at 08:18h in Industry News by Staff Writer 920 Comments
0 Likes
Share
ISSUED BY: FCB AFRICA
FCB Africa is celebrating several recent B-BBEE milestones that, once again, highlight that the group is one of only a handful in the industry that doesn’t pay lip-service to the word “broad” in the phrase “broad-based black economic empowerment”. As one of South Africa’s largest marketing and communications agency groups, FCB Africa’s B-BBEE initiatives have, since the outset, acknowledged the need for diversity and flexibility.
The most recent milestone on its ongoing transformation journey was when its broad-based shareholder (The Maharishi Institute) was able to fully pay off its loan well ahead of projections, thanks to FCB group’s strong recent business growth. As a result, dividends have started flowing directly to black ownership participants.

23 young black women have been hand-picked as the first ownership participants to benefit from the broad-based shareholding in the FCB Africa group. In terms of the shareholding, they will receive dividends, access to both part-time and full-time employment opportunities, vocational training and guidance and a tertiary education, and take their first steps along their carefully-mapped career paths to enter the industry.

This situation is an anomaly in the industry, as well as in many other South African sectors, where shareholders can be crippled by debt to pay off the loans taken on to fund the purchase of their shares before they can enjoy the economic benefits derived from their investment.

In addition to this momentous ‘debt-free’ achievement, the agency was recently notified that it had – once again – outperformed the B-BBEE codes. Despite having achieved a Level 1 ranking in 2016, it remained true to its ethos of ‘Never Finished’ and achieved five more points on its scorecard in 2017 than it did in 2016.

Crucially, FCB Africa’s transformation structure comprises several components, and is among the most diverse in the industry. In addition to its broad-based component which focusses on empowering women and the youth, it seeks to generate wealth creation for employees as well as long-term investors.

FCB has a long-standing partnership with black business investors who have stood with the company for over 12 years and FCB Africa staff (including senior managers) who own a significant portion (20%) of the company.

Importantly, staff own shares in their own right and not through a trust so it is true ownership and they benefit from dividends at the outset, even if the shares are still being paid off. FCB Africa’s recent growth has also meant that most of the employee shareholders and all of the investors are also debt-free with respect to their shareholding loans.

“Underpinning all of this, however, is a deep understanding that, as a society, the fight for equality and to overcome the injustices of the past remains paramount. To this end, in collaboration with the ACA, the group is putting 250 of its most senior staff members through the Vuselela diversity training programme in 2017 and the beginning of 2018. The plan is to extend this training to all staff by the end of 2018.

“And, we can always do more. On that score, the other thing I’m excited about is our ambition to become the best learning and development organisation on the continent. We have already seen the fruits of our labour in 2017 and this is just the beginning. Only by retaining and growing the best talent will ensure we will be able to continue paving the way for authentic transformation, and creating an inclusive economy that is sustainable for all South Africans.”

“The FCB Graduate Programme, now in its 20th year and one of the longest-running, takes on between 20 and 30 graduates from the various advertising schools, tertiary institutions and Maharishi each year. Its aim is to nurture their progression into the workplace by assigning them mentors, setting them developmental tasks and arranging for lectures on elements of agency life and business they will not have come across while studying,” said FCB Joburg Managing Director Thabang Skwambane.

“The desire is to offer the vast majority of participants full-time positions within the group. At the end of 2017, we took on 23 of the 25 who stayed with us until the end of the programme and, since 2016, have already employed six Maharishi graduates. The results speak for themselves, our partnerships and the new talent we have that FCB Africa has trained and adopted in our industry will drive it’s future success,” Skwambane said.

“Based on the premise that the closer the training environment matches that of future employers the more likely its learners are to succeed and excel, Umuzi offers free one-year learnerships that produce entry-level but high-calibre creative professionals,” explained Hellocomputer Johannesburg Managing Director Joey Khuvutlu.

“Hellocomputer worked with Umuzi to define the syllabus that would prepare programmers for the creative industry – and kickstarted the programme in 2017, funding four learners who will complete the one-year learnership with Umuzi before joining the agency in the latter part of 2018.

“We are determined to create a pipeline of young talent to join the world of programming and coding. This is not a short-term goal, but one that we hope will help make our business as well as industry more sustainable. I’m so excited to see how far these, and other initiatives can take us,” Khuvutlu said.