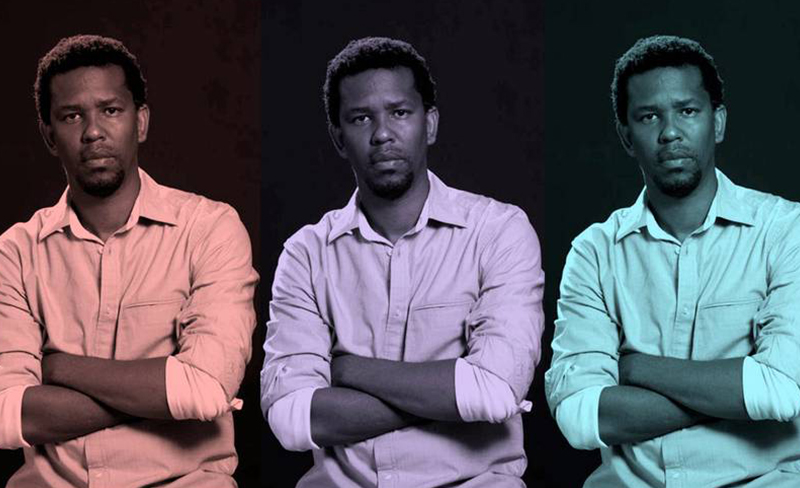 This article was first published on dailymaverick.co.za

While the Association for Communication and Advertising is doing its best to convince government and South Africa that the local advertising landscape is transformed, the Association of Black Communications Practitioners claims there’s a whole lot that’s rotten in the state of adland. MANDY DE WAAL investigates.

South Africa’s advertising industry is a colonial enclave where racial polarisation is rife and the best profits are being creamed by a handful of foreign-owned advertising companies. That’s the view of Taelo Immanuel, a former agency creative director and self-styled “moral activist” lobbying government to promote black advancement in the marketing sector.

Immanuel is not alone. He’s part of the Association of Black Communications Practitioners (ABCP), a group that’s lobbying to get government to look at the “real” state of advertising. It’s a landscape the black independents said is dominated by multinationals that are sending profits offshore while not advancing local empowerment.

The ABCP has already petitioned the DTI and Competition Commission without success. The association lobbies for the advancement of black people in the marketing sector in order to promote a more equitable and competitive climate in the SA ad industry. Its aim is to keep profits at home, stimulate true job creation and grow the local economy.

The association’s next step is lobbying Jabu Mabuza of Business Unity South Africa (Busa) and Malusi Gigaba, Minister of Public Enterprises. In open letters to both, Immanuel wrote that SA’s big advertising business is going to four foreign-owned marketing multinationals.

The big four are WPP (UK), Omnicom (USA), Publicis (France) and Interpublic (USA), which Immanuel said own all the multinational agencies represented locally. “At face value, our industry appears to embrace competition but beneath the surface it is only four players passing accounts amongst themselves through their multinational representatives,” he said.

Immanuel maintained that in this environment, instead of aiding smaller black players, the BBBEE Act has become something of an albatross. “Instead of aiding smaller black players to enter the game it acts as an insurmountable barrier to entry and empowers multinationals to dominate the local industry landscape.” Immanuel admitted that black equity partners on multinational boards guarantee more profits, but pointed out that the lion’s share of these revenues is shipped offshore.

“Local participation is very low in our industry. These four media groups bleed about 70% of local industry profits overseas and only a small percentage stays at home, benefiting only a few individuals,” he declared, adding that the Big Four get their revenue from home-grown brands like MTN, Vodacom, Tiger Brands, Famous Brands, SABMiller, Pick ‘n Pay and Checkers.

The Association for Communication and Advertising (ACA) has hit back at Immanuel, saying the industry is in fact transformed. The ACA said a charter for the sector’s transformation has been gazetted and the process to have the Marketing, Advertising and Communication South Africa Charter written into law is well underway.

“Among the targets set out for the sector was a target for black management of 30% by 2009 and 50% by 2016. Employment equity for black employees was to reach 30% by 2009 and 60% by 2016. These targets are, incidentally, more stringent than the generic scorecard set by the government,” the ACA responded in a recent newspaper article.

Immanuel’s response is that while the BEE codes look great on paper, the lived reality is another story altogether, a view that’s echoed by free market champion Ivo Vegter, an opinionista at Daily Maverick.

Vegter said that while a policy of redress had a great deal of merit in undoing the injustices of the past, his impression of late has been that it suffers from diminishing returns and a growing tendency to empower only the lucky few, many of whom are already thoroughly empowered economically.

“For all the talk, we too often see the same beneficiaries pop up in empowerment deals. Identifying true and reliable empowerment partners, as well as accounting for them to receive formal certification, adds considerably to the bureaucratic cost of doing business. This cost has a direct impact on prices and service quality, affecting all South Africans,” he said.

Immanuel stressed that the issue of meaningful transformation is not the only problem facing the ad industry, which he said is still racially polarised: the marketing sector landscape is largely populated by white creative directors who manage black teams.

“Black people have only really been allowed to be a part of mainstream advertising as fully fledged creatives since about 1997. Before that, black people weren’t a part of creative departments. They didn’t really work as people who would engineer creative work. You didn’t have black copywriters or artists, let alone have black creative directors. It just didn’t happen. People were only used as translators or as a sounding board. They were not really allowed to handle brands,” he said.

In a telephone interview with Daily Maverick, Immanuel continued: “The revolution started after 1997 when we started to see an influx of black people into creative departments, and they started to win awards from 2000 or so.”  But despite this “revolution” there’s still a massive divide in creative departments, he said, maintaining that this schism is expressed in race.

For the most part, Immanuel explained, black creatives have to deal with white creative directors who just can’t get where they’re coming from. “I’ve been a creative director at a big agency. I was at TBWA,” said Immanuel, adding that most of his peers echo his sentiments about this “creative divide”.

“There’s a white creative director and a black team, and when they try and talk to each other there’s that chasm because of their respective upbringing. The references are vastly different. As a result there’s a cult of viewing life in an American way through hip hop, movies and music videos,” said Immanuel, who maintained that because of this the advertising mirror that reflects black culture back to South Africans is warped. What we’re seeing isn’t a true reflection of real South African life, but a perversion of its peoples and culture.

“In terms of advertising work that speaks to your everyday black South African—say, for instance, my own parents—it is very difficult to find creative work like that. You just don’t get work that has real insight into the South African condition. Instead agencies and brands go to film, and there are black people singing and dancing and they slap in whatever product they want to sell,” said Immanuel.

The situation described by Immanuel sounds a lot like a transformed twist on the “old boys” network, where getting ahead in advertising is more dependent on who you know than what you know. Vegter made a similar point when he said some empowerment deals were accompanied by complaints of crony corruption or outright fronting.

“One also hears increasingly often of the stigma associated with being a black manager or shareholder when outsiders think they merely have empowerment preferences to thank for their position. This undermines those people who fairly merit their positions of authority or wealth, and perpetuates stereotypes,” he said.

This was certainly the case earlier this year when feuds between massive ad agencies and their BEE partners bled out into the media. In March, Africa Advertising & Communication accused McCann of treating the empowerment company as a black “front” by not enabling AAC to get its hands dirty in the business. After a damaging battle in the media, a truce was called.

A similar spat played out at Young & Rubicam SA when its consortium of empowerment partners, Memeza QRX, wrote to the DTI to complain about fronting.

With smaller, local agency owners like Immanuel and the Association of Black Communications Practitioners petitioning government because transformation’s not working and big BEE deals are fraying at the seams (McCann has been through a number of empowerment partners) perhaps the ACA needs to take a harder look at the advertising landscape.

Or perhaps they’d do well to consider Vegter’s take on empowerment. “There comes a point, logically and inevitably, at which the diminishing returns and unintended socio-economic costs of empowerment policies must begin to exceed the value of redressing the remaining consequences of apartheid. Almost two decades after the advent of freedom and democracy, we ought to ask ourselves whether or not that point has been reached, and whether South Africa would not benefit more from less red tape and less potential for crony corruption.”

Vegter continues: “Sadly, this view will appeal to the unreconstructed racists among us because of the suggestion that meritocratic efficiency might be harmed by empowerment. However, the same people will find ammunition in perpetuating the stigma that black appointees are merely the beneficiaries of preferential treatment. Neither pursuing nor ending empowerment will silence committed racists. I would hope that the majority of South Africans of all races can ignore them, look beyond adversarial identity politics, and choose an economic policy that will truly benefit all citizens.”

The bottom line is that despite the protestations by the ACA, empowerment seems to be right in the numbers and wrong in terms of the lived reality. Will that be enough cause for them to pause and look at who’s really benefitting in SA’s adland? DM