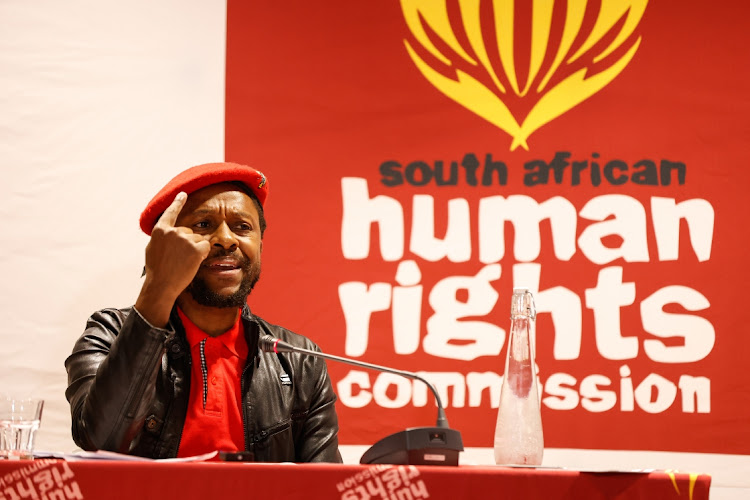 The SA Human Rights Commission’s five-day inquiry looked at ways to eliminate racism, tribalism, homophobia and sexism, among other forms of discrimination, in the advertising industry.

Brands using “window dressing” advertising agencies that  refuse to transform should be penalised by consumer boycotts, say some industry players.

Speaking this week as the South African Human Rights Commission (SAHRC) put the spotlight on discrimination in the advertising industry,  Ahmed Tilly, a creative consultant at  Number 10 — A Creative Consultancy, said brands hold the power.

“Nothing will change until corporates and their brands are held accountable for the agencies they appoint, and penalised for appointing agencies that are not black- owned, managed and staffed to mirror the demographics of our country.

“Agencies only lag in transformation because the brands and corporates keep supporting them. Punish the brands for working with the wrong  agencies and watch how everything changes,” Tilly said.

“The insensitive and inaccurate depiction of black people and women in this country is largely due to the fact that the people who create those ads aren’t representative of the market they advertise to. I don’t believe it would be effective to penalise agencies or brands for discriminatory creative work. Consumers do that better by holding back their buying power and boycotting brands who fail.”

“The more diverse and representative the agencies are, the less chance they have of getting it wrong. The industry, however, has been on a slow, frustrating journey of transformation since the dawn of our democracy. This journey has been lethargic mainly due to the resistance to change from what is still a largely white-owned industry.

• 5: The number of discriminatory ads that the SAHRC has noted in recent times.

• 0.4%: The percentage of complaints related to racism lodged with the Advertising Regulatory Board last year.

“With regards to the transformation of agencies and marketing departments, a few failed attempts have been made by government to force the industry into transforming.

“The time has come to penalise agencies and the owners of agencies who refuse to transform. Too many agencies ‘window-dress’ their boards of directors and their staff photos in order to participate in the industry.

“Agencies have found loopholes and have exploited these at the expense of gender and racial representation. It’s the reason why pitch rooms look perfectly and authentically South African yet the actual work stations are not.”

BWD Advertising CEO Bongani Gosa said on the face of it, South African advertising is transforming itself.

“Inside today’s ad agencies you see lots of black faces and brown faces, as well as white. Often, however, transformation is only skin-deep.” The biggest problem was racial exclusion of black-owned and black-run agencies from lucrative advertising projects.

In 2016, black-owned agencies launched a directory of agencies to make it easier for advertisers to find black agencies.

Does Gosa believe that the SAHRC inquiry will bring change in the industry?

“This issue has been discussed for over 20 years, the pace of change is painfully slow and I believe that we should not get tired of speaking about it. Soon enough the procurement managers and marketing managers of the big advertisers will hear the message and start giving black-owned and black-run agencies work so that we can start seeing real empowerment.”

The five-day inquiry, which looked at ways to eliminate racism, tribalism, homophobia, sexism and other forms of discrimination in advertising, heard that the industry was getting away with discrimination because penalties are rarely levelled against it.

EFF MP and head of policy Mbuyiseni Ndlozi recommended fining the advertising industry R50bn for practising racism over the years, while anti-racism and hair activist Zulaikha Patel testified that racist adverts would not stop until there were strict consequences for offending agencies.

In its terms of reference, the SAHRC said there appeared to be a trend of racist adverts being published in SA.

“The commission is aware of five adverts that have caused offence on the basis of race. The commission wishes to investigate the existing landscape within which the advertising industry operates to establish whether opportunities exist for proactive mechanisms to be introduced to sensitise and align the productions of the industry to the standards of our constitution and associated laws aimed at respect for all of South Africa’s diverse peoples.”

One of the most glaring examples was the 2018 H&M advert featuring a black child in a hoodie with the wording “coolest monkey in the jungle”. More recently, there was a backlash over a 2020 TRESemmé shampoo advert that referred to black hair as “dry and damaged”.

Last week the equality court ruled that the full advert did not discriminate against black women, but that a “cropped” social media version had been the probable cause of the public furore and nationwide protests.